Sgt. Christopher Jacobs was a decorated Marine who spent nearly 11 years in the Marine Corps. During his service he completed several combat tours to Iraq/Kuwait and Afghanistan. The Marine Corps was a central part of Sgt. Jacobs’ life and he loved it, but he was also a devoted husband and father. His widow remembers how they met in NC while he was a CBQ Master Instructor at NSA Northwest. On 2/2/2011 they welcomed their son into the world. Chris was so excited to become a father, and loved his son immensely.

Chris was killed during a training accident in Twentynine Palms, California while preparing his fellow Marines for another deployment. On the morning of 10/24/2011 Chris called his wife and his last spoken words to Brittany were, “I love you and tell Christian, Daddy loves him.” Later that night he sent a text that read, “Have a good night’s sleep. I love you guys.” Brittany responded, “I love you too baby!!!” Sgt. Jacobs was killed approximately an hour after that text. Christian was only 8 months old.

Brittany continues to tell her son all about the wonderful man his Daddy was and vows to always keep his memory alive. 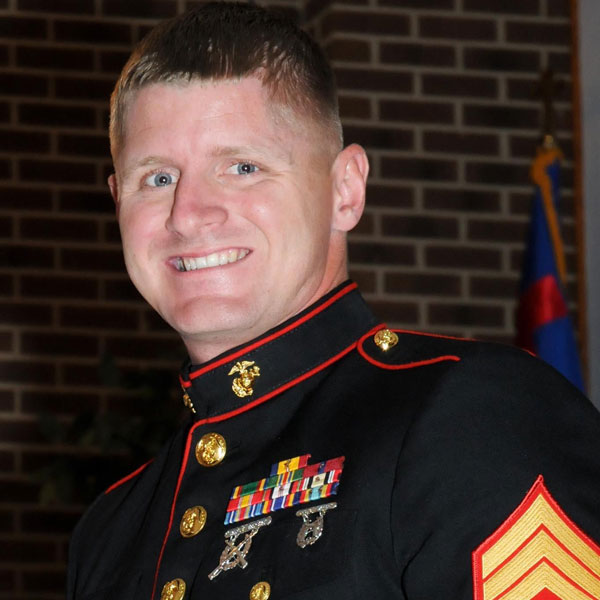