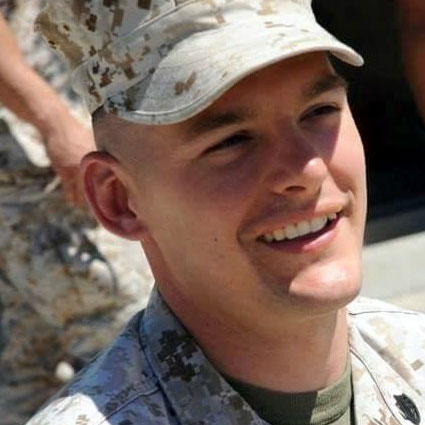 Jacob "Brad" was US Marine. That was his dream job since he was 5 and he proudly served till his last breath.

He loved his job so much and was going to serve until he retired but after he came back from Afghanistan 2012, he found a tumor in his spinal column. He was a one of about 10 Marines who got cancer after this deployment in his unit.

But not even one time, did he say negative things. Even after he became paralyzed below the waist, he didn't give up being active duty and tried to get better and go back to war field.

He started wheelchair basketball and handcycle in Wounded Warrior battalions and made it to military Paralympics called Invictus Games in Englad. He got some silver and bronze medals.

Brad was very family oriented guy, always spent time with us. We used to go camping, hiking, beaches, mostly spent our time outside.

We go places together all the time, to the grocery store, to nail salon, friends house, to even his weekly haircut, we go as a family.