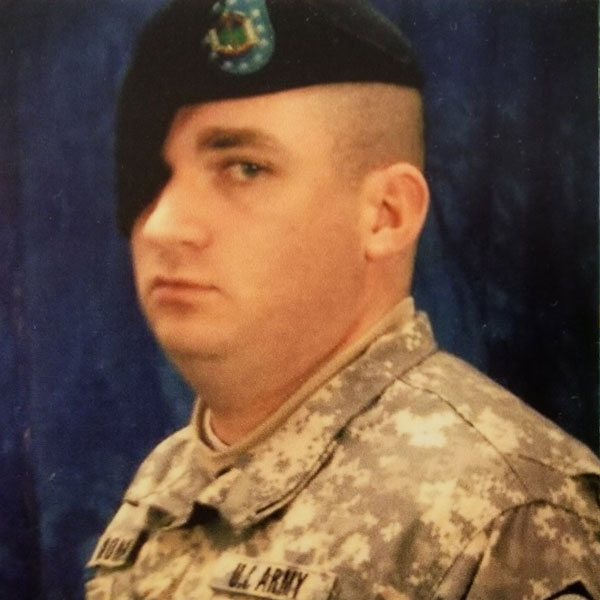 Our Stephen was extremely excited to be part of the U.S. Army. He was making it his career. He enjoyed his job. Stephen J Goodman is a distinguished Soldier, he started his career at Ft. Leonard Wood 11/2000. Entered active duty as a 31E Military Corrections Specialist, for 5 yrs at Ft. Leavenworth, KS. In 2006 SGT Stephen volunteered for deployment to Guantanamo Bay, Cuba. He served as a squad Leader in the 189th Military Police Company. Then 11/2007 SSG Stephen was assigned to Ft. Drum N.Y. 91ST Military Police Battalion until his passing.

SSG Stephen J Goodman was also called to work alongside with the Rangers, Special Ops, 10th Mountaineers, 16th Air Bourne, 91st Military Police Battalion. Stephen also did special missions during his career. Stephen also was part of Global War on Terrorism. Things Stephen couldn't say about also. The Secretary of the State of the Army had even called on Stephen to do missions plus special missions; some are still classified.

His Family is very PROUD of what he accomplished in his U.S. Army career. We miss Stephen everyday, know that Stephen did what he wanted to do. His 2 children miss him as much. We Loved him more than words can say.

Stephen left his footprint in the Army. His last Commander said at his Memorial Service that he was an unreplaceable Soldier. That the U.S. Army lost one Bada$ Soldier that day. That everyone one who met & knew SSG Stephen lost a GOOD MAN. That they weren't ever going to forget about SSG Stephen J Goodman as a friend or a Fellow soldier who stood by him.

I as his mom lost a son who I was so very proud to say I'm his mom. I miss his face, blue eyes, smiles, laughter & bear hugs. I know he is with his older brother & family that proceeded him. One day I will see my son SSG Stephen J Goodman.

He was proud of his last name he jokingly would tell people that he was a Good Man--top that. Everyone laughed because they knew Stephen well. SSG Stephen J Goodman stood by the Army Soldier Creed & Army Values, Stephen left no man or woman behind. Stand Tall Stand Proud. SSG Stephen J Goodman is watching over us all!