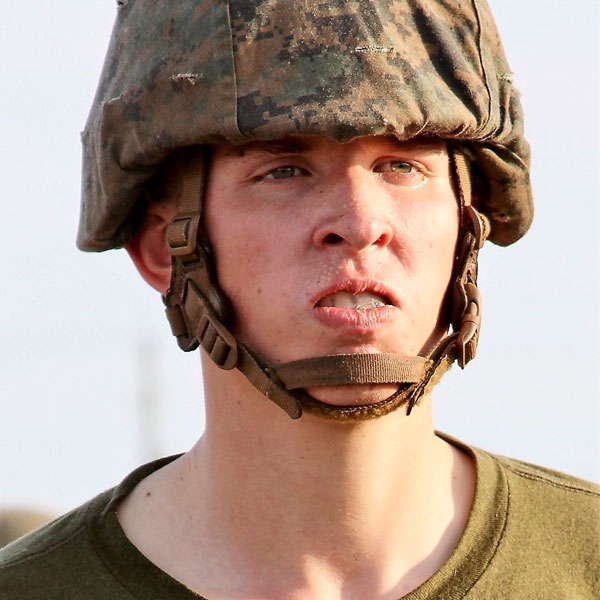 United States Marine Corps Private First Class Zachary R. Boland was born on December 29, 1997, at Georgetown University Hospital in Washington, DC, coming in at a svelte 11 pounds 11 ounces. He was the second child born to Bob and Sam Boland, and eventually would have five siblings (four brothers, and one sister). Around the time he was 11 years old, he had already decided that he wanted to become a United States Marine and from then on, all of his decisions had that dream in mind. He grew up in Virginia, Georgia, South Dakota, and Alabama.

He had graduated from James Clemens High School in Madison, AL, in May 2016. At JCHS he played football, was part of Junior ROTC, and sang in the choir. He was both a Cub and Boy Scout, earning the rank of Eagle Scout in 2012. He was a fan of the Pittsburgh Steelers, and enjoyed watching them we he could, but mostly he enjoyed being around his family and friends.

On September 19, 2016, Zachary entered active duty with the Marines and traveled to Marine Corps Recruit Depot Parris Island, SC. Zachary became sick very early on, so he was delayed from training until the middle of October 2016. Unbeknownst to Zachary, he had not completely recovered from his original illness, and subsequently developed undiagnosed pneumonia. In spite of getting severely sick, Zachary told others he would be okay, and muddled through the extreme training. On the night of November 4, 2016, Zachary lay down in his bunk and died at just 18 years old.

He is survived by his parents, Bob and Sam Boland; brothers TJ, Nathaniel, Carson, and Benjamin Boland; and sister, Katie Grace Boland. His brother Nathaniel, is currently serving as a Corporal on active duty service with the USMC.