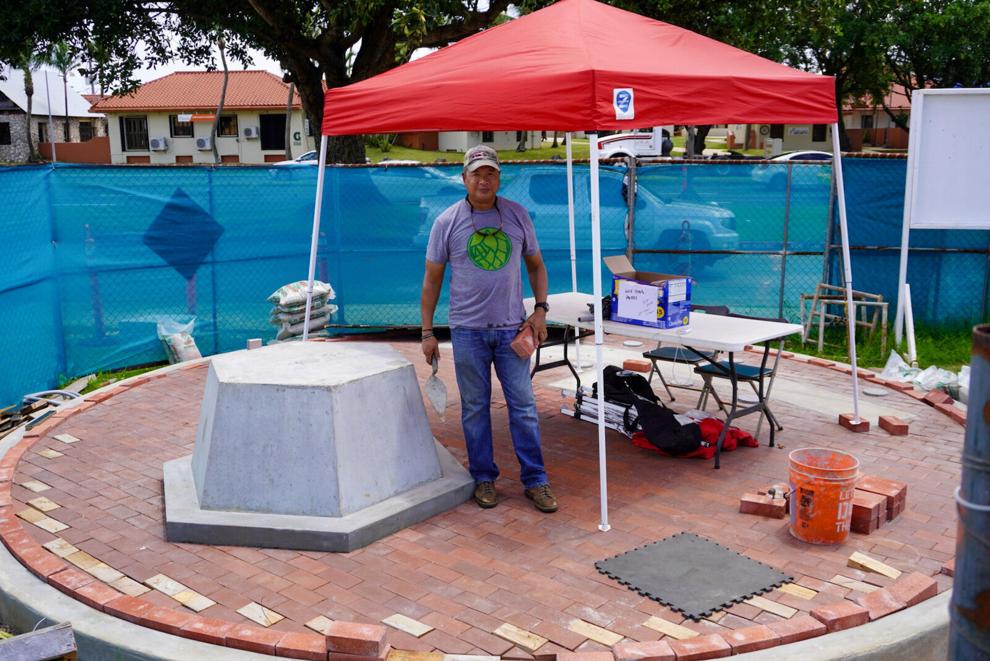 Diron Cruz poses for a picture as he works on the construction of the Gold Star Memorial in Hagåtña at Skinner Plaza on June 3. The monument, being built in honor of Gold Star families, holds a time capsule that includes written notes, dog tags, miniature U.S. and Guam flags, pins, brochures and other personal mementos from families who have lost loved ones serving in the military during times of conflict. The monument will be unveiled on July 21, the 78th anniversary of Guam's liberation from Japanese occupation during World War II.