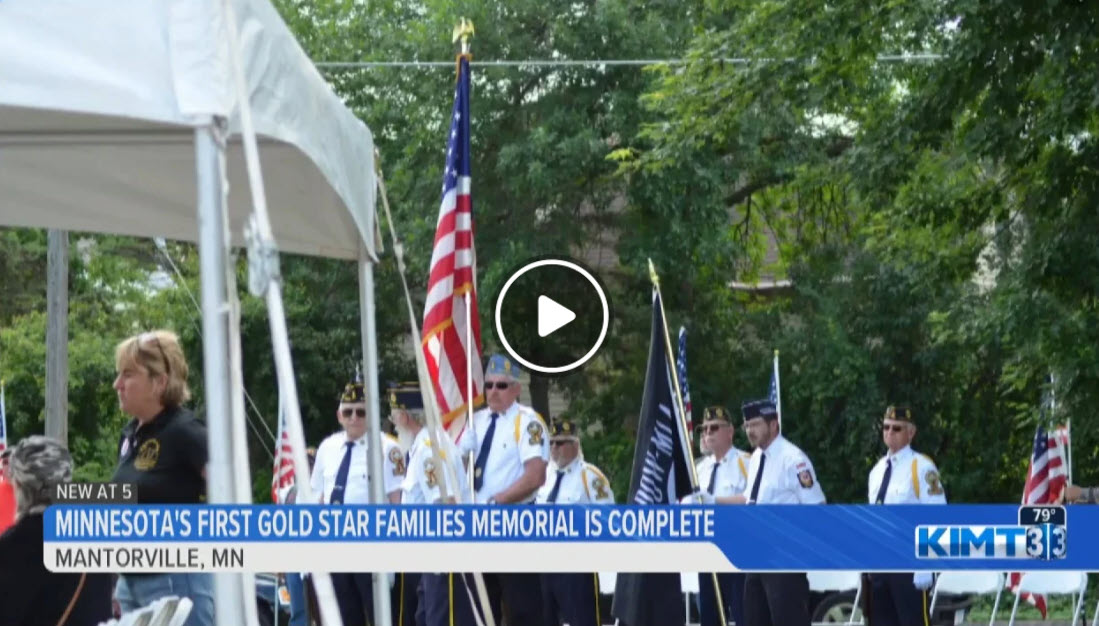 MANTORVILLE, Minn. - We have an update on a story we've been following for years - Minnesota's first Gold Star Families Memorial Monument is now completed.

The monument provides a place for families to remember their loved ones who died while serving in the U.S. Military. It's also a place for us all to reflect on the cost of our freedom.

Over the weekend an unveiling ceremony for the monument was held.

Memorial Co-chairman Scott Eggert says it's been an emotional journey and the city of Mantorville is honored to be home to the state's first monument.

He explained, "There's a song that was played, it's 'Heroes Come from Small Towns', and you know when you're looking around I think it's divine intervention. It just happened to be that it all fell into place that Mantorville said 'We're the home for this,' and for whatever it may be that's where it ended up and we're ecstatic that it happened."

The land on which the memorial has been constructed was donated by Dodge County.

There are 103 Gold Star Families Memorial Monuments across the U.S. with another 72 in progress according to the Woody Williams Foundation.