The Military and Veterans Appreciation Picnic was an exciting experience to be a part of this year as World War II Marine Corps veteran, and Medal of Honor recipient, Hershel “Woody” Williams was showing off a few old-style weapons on the edge of the Ohio River.

Williams fired off a few fully automatic and single shot rounds over the Ohio River.

He was also present for a demonstration of a weapon that was a bit more personal to him, a flamethrower similar to the one he used during the Battle of Iwo Jima.

The flamethrower that we were using is just like this one, only it doesn’t have all the gauges on it.
HERSHEL “WOODY” WILLIAMS, WWII VETERAN AND MEDAL OF HONOR RECIPIENT

Flamethrower expert Charles Hobson strapped the flamethrower on and with some help from Williams, the flames rose over the Ohio River.

After the demonstration right here on the riverfront, Williams spoke to the only Sea Cadets unit in the state of West Virginia.

He even asked the young cadets to repeat the World War II greeting “Gung ho” with him. We spoke with seaman Kinsley Ellison on meeting Williams and she says “it was historical, it meant a lot.”

The event also featured rides on a WWII landing craft, military ceremonies, live music, and free food. The main goal of the event was to honor those who came back home and those who paid the ultimate sacrifice.

Hershel “Woody” Williams spoke briefly about his service time in WWII and explaining the differences in the flamethrowers. We have that video below: 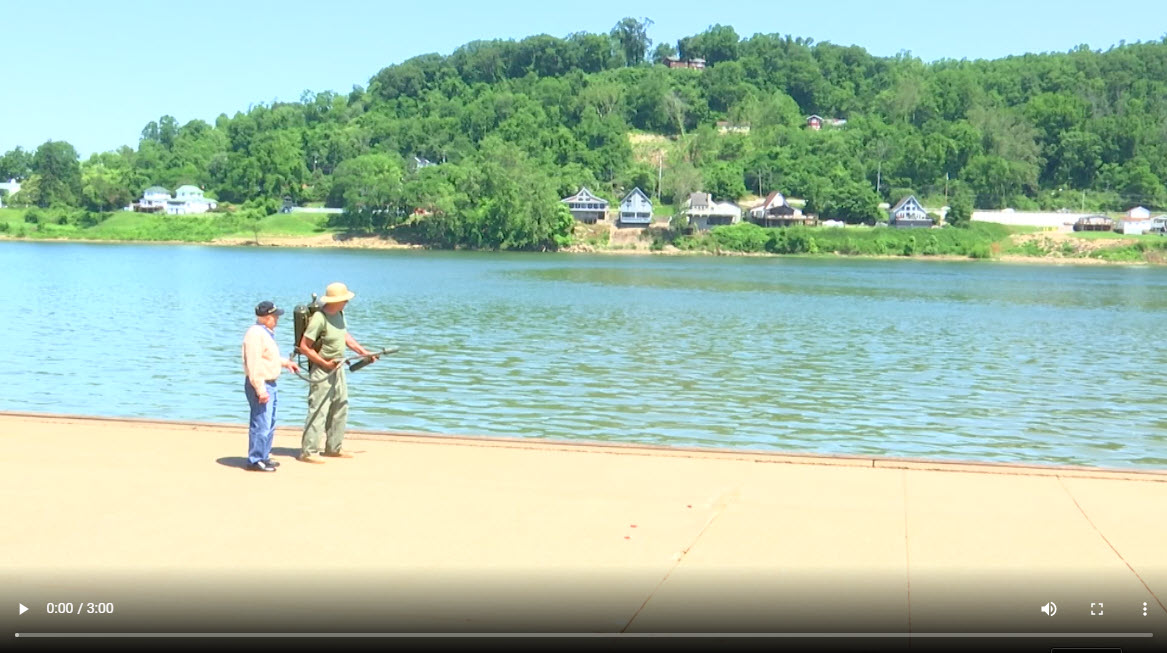