SFC Alan Boyer, Listed as MIA in Laos on March 28, 1968. His remains were returned and he was buried with full Military Honors in Arlington National Cemetery on June 22, 2016. He was a Special Forces/Special Ops soldier, lost on a covert mission in Laos. 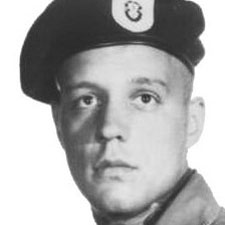