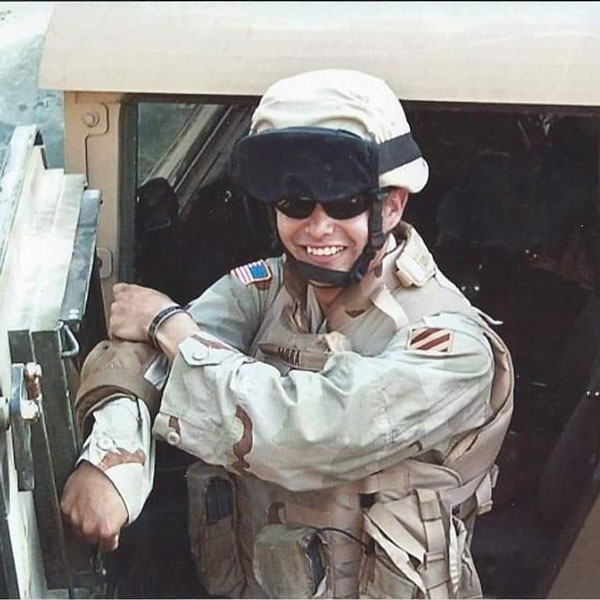 Arthur, or Art, as he was known to friends and family, was one of four children raised by a single mother and a large extended family. He was quiet and hilarious, but never at the same time. Art was the family clown, who enjoyed seeing everyone around him with a smile or laughing until it hurt their sides. He was a wonderful son, caring brother, a doting dad, devoted husband and his wife’s best friend. Family was his number one priority. Well, that and the L.A. Dodgers. When he was 6 years old, his passion for the military was sparked when he paid a visit to the American Military Museum in South El Monte, Calif. “When he saw all the tanks he fell in love with the idea of joining the Army,” said his mother, Sylvia Mora. “After that he would spend hours playing with his little Army guys.” He never wavered in his vision, and he enlisted within a month of graduating from El Rancho High School in 2000.

Art met his wife, Veronica, at a restaurant in Ohio when he was on his way to attend the Detroit Auto Show with some of his Army buddies. They have a daughter, Celina, and son, Christopher, together, and Art was in the process of adopting Veronica’s young daughter, Olivia. His wife, Veronica Mora, said, “He was the frosting to my cupcake, he made everything in life sweeter.”