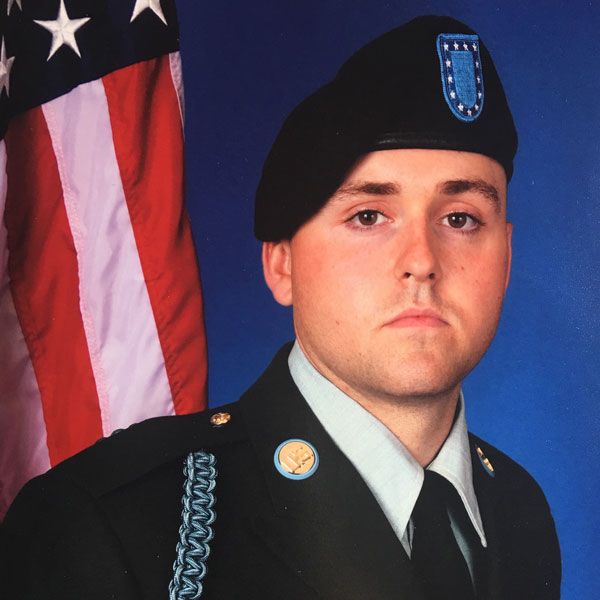 US Army Specialist Brandon Scott Mullins was stationed at Fort Wainwright, Alaska. While serving Operation Enduring Freedom, Brandon was killed on August 25, 2011 in Kandahar Province, Afghanistan when insurgents attacked his vehicle with an improvised explosive device. He was 21 years old.

Brandon was born in Ashland, Kentucky and his family later moved to Owensboro where he was active in local youth sports including soccer, baseball, basketball, and football, however, Brandon found his niche in high school playing for the Owensboro Hockey League serving as Captain of his team and earning the leagues MVP award.

(from Twenty One: Ode to a Soldier by Tommy Mullins)

Open arms everybody's a friend,
Never was much for a paper and pen,
Hockey sticks, girls, or a fishing pole,
He was ready to go.

For an M16 he traded his jeans,
Graduated basic at the age of 19,
Shout HOOAH make it really loud,
Mom and pop were proud.

First tour Afghanistan,
Once a boy but now a man,
Had found the purpose he was looking for,
A warrior gave his all.

Our hero.
Our little soldier boy.