Entered U.S. Army upon graduation from High School 1994 in Military Intelligence. Served in Korea, Fort Drum N.Y., Fort Carson Col. And Fort Campbell Ky. Where he became Air Assault and earned the rank of Sergeant. He went on to OCS at Fort Rucker Al. and became a Warrant Officer then on to flight school of an OH58D Kiowa Warrior Helicopter.

He was deployed to both Iraq and Afghanistan serving two tours in each country. He was killed on 3/16/2013 in Kandahar Afghanistan.

He totaled 4,390 flight hours, 3,068 hours in combat and the remainder of hours in pilot instructor. 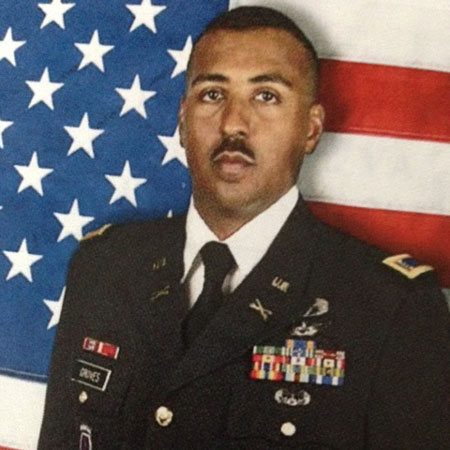