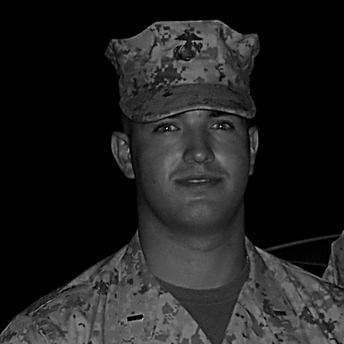 Military: Commissioned a 2nd Lt. in the United States Marine Corps on Sept. 7, 2003. While in Iraq he flew as a Casevac pilot and completed duties as the Intelligence Officer. He earned his HAC qualifications, Helicopter Air Craft Commander, and was scheduled to leave Iraq early for WTI (Weapons and Tactics Instructor) training in Yuma, AZ.

On February 7, 2007, one week before leaving Iraq and on his last flight, Morphine one two was brought down by a missile, killing all seven on board. In their honor, we have established the Seven Stars Foundation, Inc. to help carry on with their mission of helping those who are fighting or have fought for our freedoms.