Jonathan loved being a Marine! He worked hard at his duty station. He was EPLARS Chief for Ist Marines Division, COMM CO. Headquarters Battalion. He was smart as a whip.

Jonathan was in a convoy on his way to Kuwait City to fly back to base, and his wife and 2 year daughter at Camp Pendleton, CA when his driver lost control of the Humvee he was in and it started rolling, and when it stopped it was on top of my son! The accident was on Memorial Day, May 26, 2003! He was taken off life support in Landstuhl, Germany on June 1, 2003. My only son! Gone too soon! 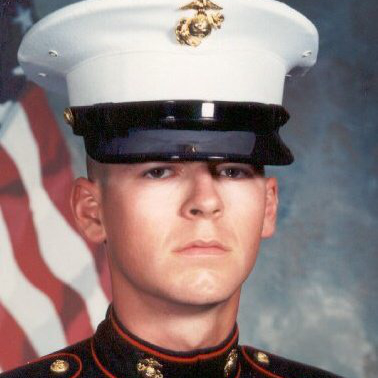