Justin was KIA on March 5, 2007 in Samarra, Iraq while trying to rescue four soldiers whose vehicle had driven over a pressure activated IED. The truck captain had been thrown out of the truck. He was alive, but on fire.

When Justin called the casualty evacuation team forward, a second IED was detonated directly below his feet, killing him instantly, along with the soldier he was attempting to rescue and also the driver of one of the other trucks. Ultimately, seven paratroopers with the 82nd Airborne Division were killed in the incident. 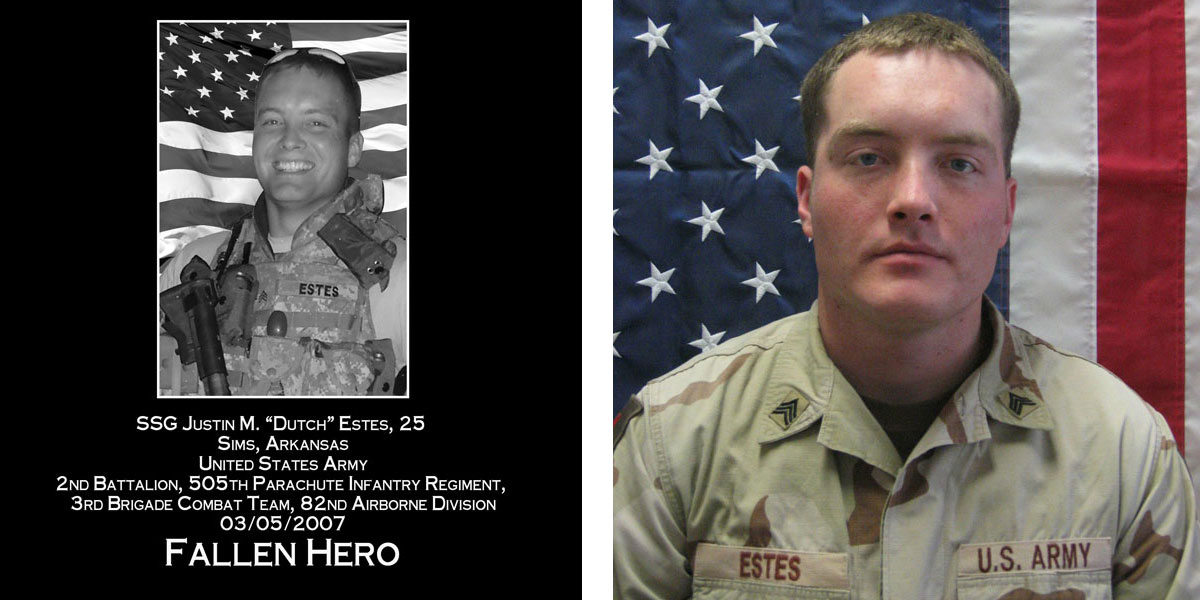