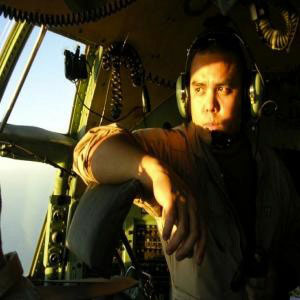 Major Ryan S. David was a highly experienced and decorated C-130 navigator with the NCANG 145th Airlift Wing out of Charlotte, NC. He was one of four crew members killed on the C-130 MAFFS 7 mission that crashed fighting the White Draw Fire near Edgemont, SD on July 1, 2012. Before joining the NCANG in 2011, Ryan served over 10 years active duty in the USAF as a C-130 navigator, instructor navigator, and deputy tactics officer. He deployed multiple times in support of OEF, OIF, and OND receiving numerous awards, including the Navy and Air Force Commendation Medals, 4 Air Medals for meritorious aerial achievement flying over 80 combat sorties, and the Air Force Achievement Medal.

When Ryan joined the NCANG’s 145th Airlift Wing in October 2011, he and a pregnant Jenny were happy to return to NC and reside in Boone to be close to Jenny’s family. They were blessed with their son, Rob, in December 2011. Ryan was excited to be a dad. He now had three great loves: his wife, Jenny and son, Rob; flying; and football. (He was a life long Nebraska Cornhuskers fan as well as an avid supporter of NC State and App State.)

Ryan had a great sense of humor and an infectious laugh. His smile and jovial voice could light up a room. Always humble, Ryan never considered himself a hero. He just loved flying and helping others. He would want to be remembered as a loving husband and father who was very proud to serve his country.

Ryan was a friend to all, found adventure in every day, excitement in each moment, and considered himself blessed to have his dream: Jenny and Rob and flying.