MAJ Wolfer was killed while working out in the military gym at Phoenix Base, Multi National Security Transition Command Iraq J-3. Stuart was involved in B’nai Baghdad & the Boy Scouts & Girl Guides of Iraq. Serving his second tour, having deployed to Kuwait in 2004-2005.

MAJ Wolfer raised in Dix Hills, NY by Esther & Len & had one sister, Beverly Wolfer-Nerenberg. Stuart & his family moved to South Florida while he was in middle school & graduated, 1989 with honors from JP Taravella High School-Coral Springs, FL. He attended Washington University in St. Louis, MO and during his freshman year joined ROTC. He graduated in 1993 with a BA in Business and was commissioned as a Second Lieutenant. He served in the Army Reserves for 12 years.

Stuart married Lee and was the amazing dad to Lillian, Melissa and Zizi. He graduated night law school at Loyola in Los Angeles, CA. Stuart held sales positions with American Cyanamid, Jelenko Dental Health and Thomson Reuters. Most of all he loved being out on his farm in Emmett, Idaho. 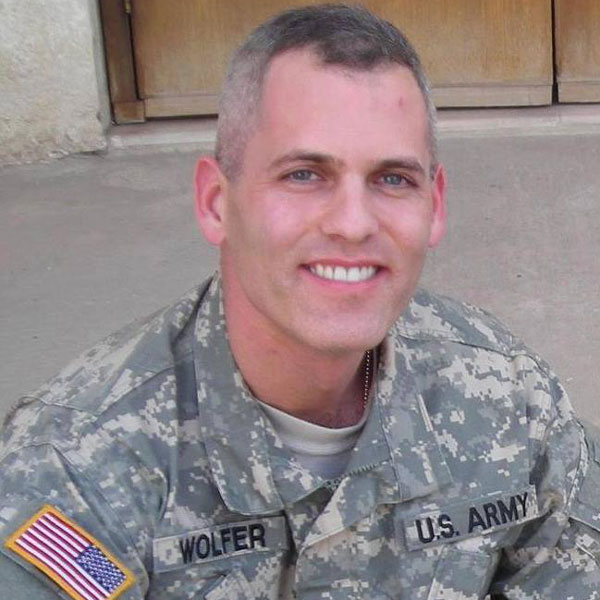